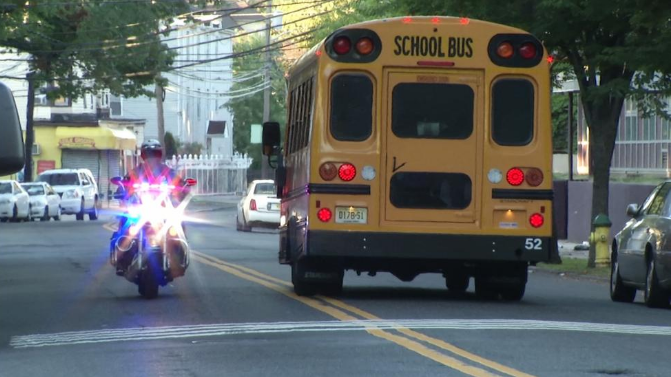 Putting armed guards inside schools was a virtually unheard of concept just over a decade ago. Today, the need for beefed up security is a key part of school budgets large and small. Now a new law is aiming to give districts another resource — the ability to hire specially trained, retired police officers for security at public and private schools and on community college campuses.

“What it’s going to do is save school districts money,” said Sen. Anthony Bucco.

“Under terms of this new pool of people, they have to be part-time. They are not eligible for collecting additional health or pension benefits or any of the big cost drivers that we see in current employment through municipalities as well as our schools. So, it enables cost effective means of providing the highest level of protection for our students in our schools,” said Assemblywoman Holly Schepisi.

The special Class III officers will supplement — or in some cases replace — what are called school resource officers, specially trained law enforcement from the community permanently stationed in a school. But the Class IIIs can only clock up to 20 hours a week.

“We talked about having private security guards who are armed, not armed. Class II specials which frequently are very young individuals who are looking to become police officers. And a lot of the solutions seemed to be flawed. The idea of a Class III special — a retired officer who is vetted, who has experience, who has maturity made a ton of sense,” said Montvale Police Chief Jeremy Abrams.

The legislation has the backing of law enforcement groups across the state. It was reworked after the governor conditionally vetoed it, requiring the officers undergo special training on school issues. Reaction has been largely positive, though some see it as extreme.

“Adding guns and people with guns inside school is a horrible idea. We should at least protect them from afar,” said Armando Sultan.

“I think it’s a good idea, yeah because of the crime going on in Newark schools, yes,” said Sharonda Ridley.

“Yeah that would be excellent, somebody that’s trained and know what they’re doing, yeah,” said Kheyonna Summers.

Each district will negotiate their own compensation policies with these Class III officers. You won’t see any new hires until September 2017, next school year. That’s to give the police training commission seven months to put together a proper training course before the officers are back on the job.